Péter Szijjártó, Minister of Foreign Affairs and Trade of Hungary, gave a statement on the “High Level Thematic Debate On The U.N., Peace, and Security,” on May 9 2016. In the speech he identified a “new world order” and called on the United Nations to increase its role from peacekeeping to “preventing the outbreak of new wars and military conflicts.” Anders Corr interviewed him at the U.N. building just before the speech. 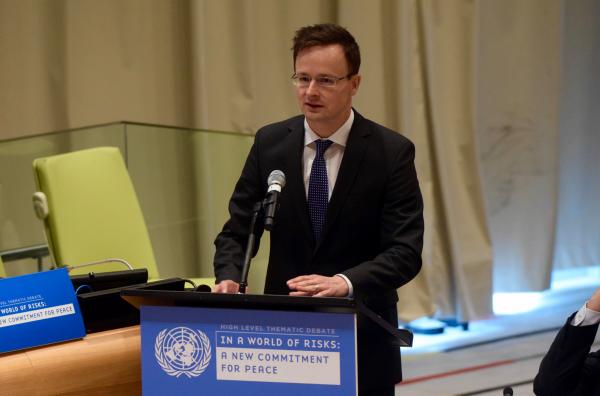