On 23 September 2020, in his pre-recorded national statement, President Áder raised attention on the devastating impact that humankind has had on the Globe, especially in the 21st century. He raised the General Assembly's attention on the increasing number of water-related disasters and unresponsible waste management that cause severe damages both in societies and the ecosystem as a whole.

Therefore, he called for a circular economy to avoid further exploitation of nature.

Thus, President Áder announced that to underline how vast number of opportunities and responsibilities we have in the maintainance of the ecosystem, Hungary is organizing a sustainability EXPO next year.

The pre-recorded video message of His Excellency was introduced by H.E. Ambassador Katalin Annamária Bogyay. 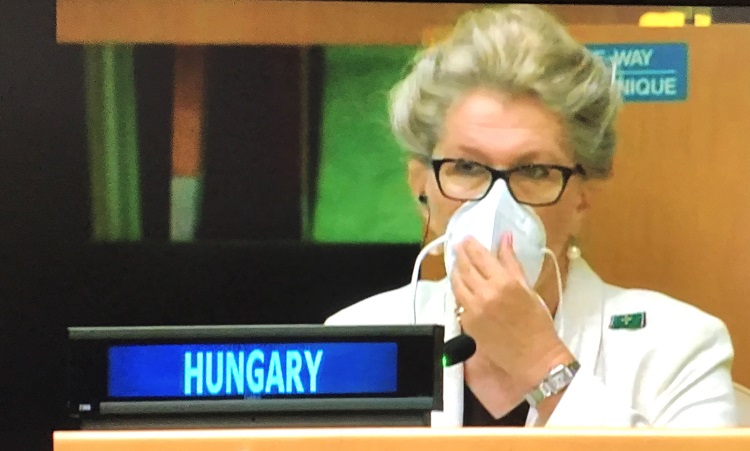