On 11 April, 2019, His Excellency Péter Szijjártó, Minister of Foreign Affairs and Trade of Hungary, addressed the Security Council at its Open Debate on Women in peacekeeping

Home / On 11 April, 2019, His Excellency Péter Szijjártó, Minister of Foreign Affairs and Trade of Hungary, addressed the Security Council at its Open Debate on Women in peacekeeping 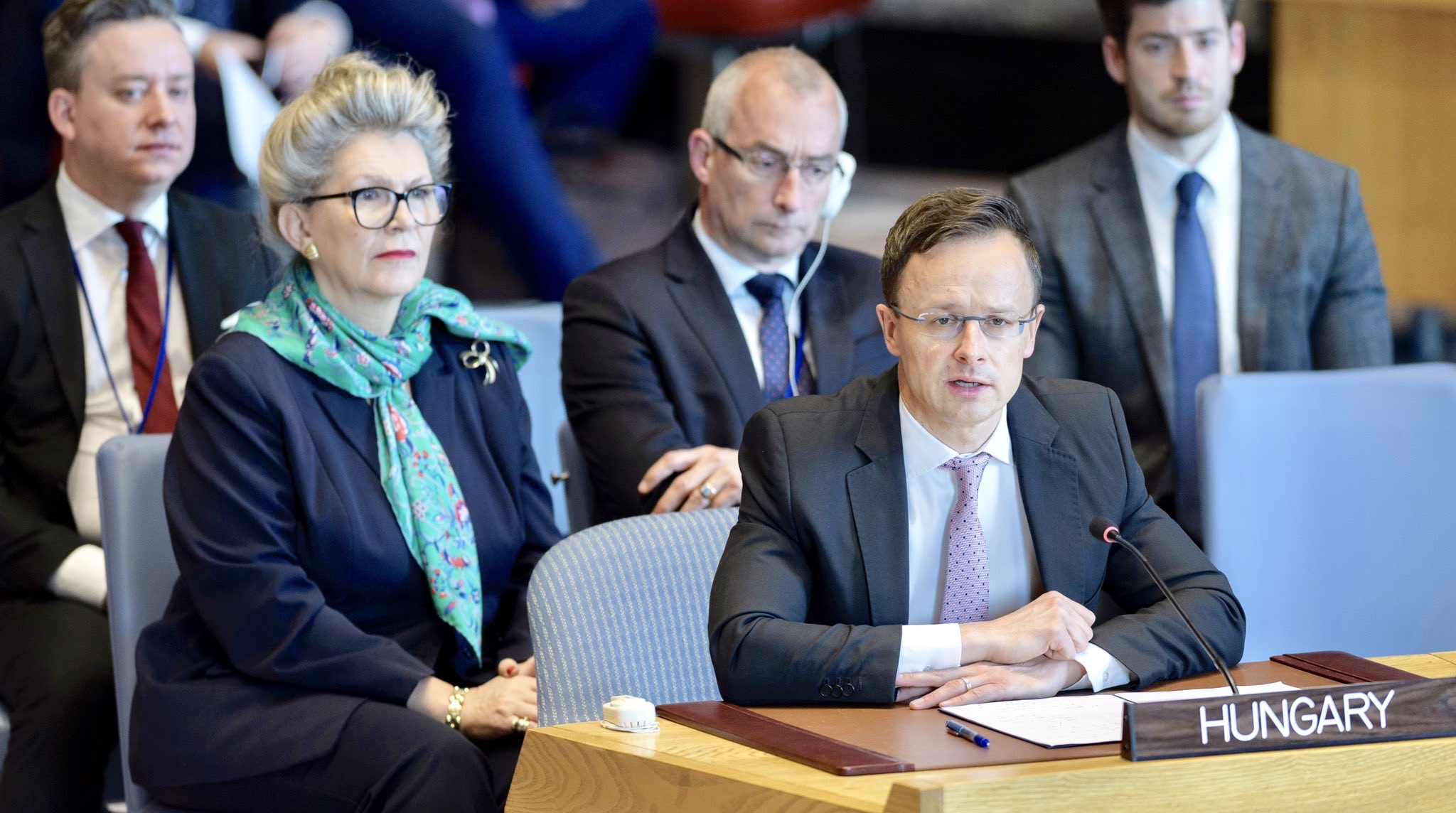 The Security Council under the Presidency of Germany held an open debate on 11 April on on United Nations peacekeeping operations – Women in peacekeeping. The meeting was chaired by Ursula von der Leyen, Federal Minister of Defence of Germany

H.E. Mr. Péter Szijjártó, Minister of Foreign Affairs and Trade of Hungary underlined that Hungary as a responsible member of the international community has always been committed to contribute to the success of international peacekeeping operations. Hungary considers peacekeeping as one of the most important functions of the United Nations and an extremely important instrument when it comes to the tackling the root causes of migration which is a major challenge around the globe. Minister Szijjártó highlighted the recent decision of the Hungarian government to increase the number of our troops serving abroad from 1000 to 1200 and this will allow us to increase the number of Hungarian peacekeepers in UN operations as well. In this respect Minister Szijjártó announced that we will deploy 60 additional peacekeepers to the UNIFIL Mission, who will serve in the Western sector of Lebanon. The Hungarian Minister of Foreign Affairs and Trade stressed the importance of the role of women in peacekeeping missions Minister Szijjártó noted that 20% of the staff of our Armed Forces and 23% of our Police are women. Hungary is committed to the implementation of the Women Peace and Security agenda and interested in understanding best practices. Although we have not made a national action plan in this field so far, but the guidelines of our Armed Forces on this matter has been under preparation.